Ms. Cissy Allen, Biology teacher at CHS, has been chosen as one of the Tech/PBL teachers for the month of January. This is Ms. Allen’s 22nd year of teaching. In her Biology classes, she uses Chromebooks along with smart technology. In her lab, she has her students use Probeware for temperature and gas exchange.

Recently Ms. Allen had one of her classes complete a PBL titled, “Alien Encounters.” She gave her students the following information:

BACKGROUND: “In the year 2050, an incredible archeological discovery was made in the middle of a remote area of South America. It was an area where a large meteor had struck Earth. A pile of alien bones were found completely mixed up together. The explorers who made the discovery immediately informed the organization known as Scientific Phenomena Over Our Fabulous Sphere (SPOOFS).  SPOOFS sent out their best scientists to collect DNA samples. The scientists were able to recover small fragments of DNA, which were brought back to the scientists’ labs. After much work, the scientists determined that the DNA fragments represented 9 different genes.”

PURPOSE OF PBL:  “In this activity, you will determine the traits of these unfortunate recovered aliens by analyzing their DNA and determining the amino sequences of the resulting small protein fragments. Each fragment is associated with a particular gene and a specific alien characteristic (trait).” 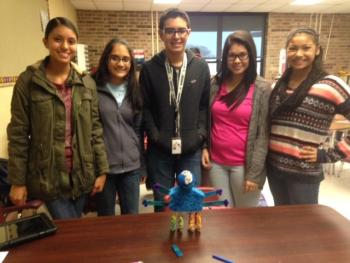 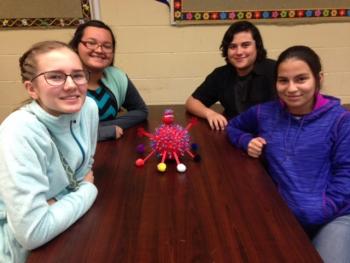 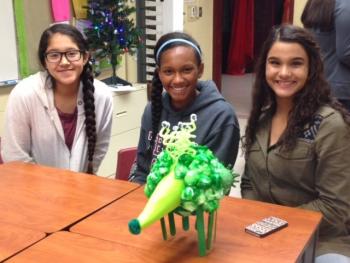 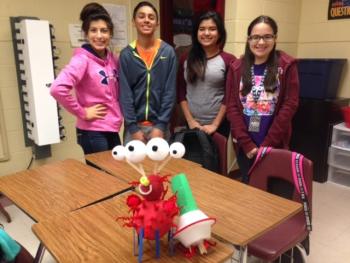 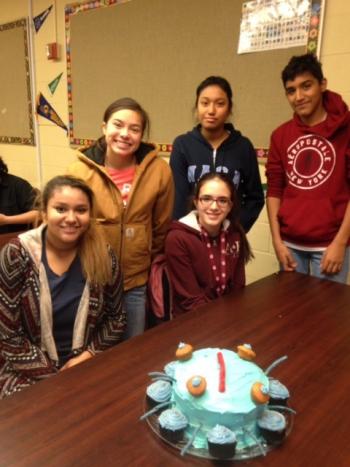 Mr. Christopher Smith, history teacher at CHS, has also been chosen as Tech/PBL teacher for the month of January. Mr. Smith’s most recent PBL was titled, “The Medievel Ages and the Rise of Feudalism.” The driving question was: “What can you, as subjects to the Lord of the Manor, create to show the similarities and differences of each region of the known world, through political, ecoomic and religious means?”

Student Projects:  Students were asked to create a thematic map of Western Europe, Eastern Europe and North Africa/Middle East during the time of 600-1450 AD. The students also had to do research from each of the three regions to answer the driving question. Students researched the political structure, economical trade, and religion for each region.

Once the students completed their maps, they then created a castle made out of paper and glue. The completed castles were then subjected to an attack of ping pong balls to determine which castle had the best structure and design. The purpose of creating the castle was to show the difference in the political structure, castles/feudalism, compared to the other regions of the known world. 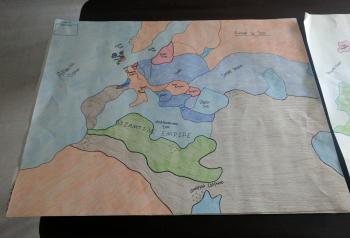 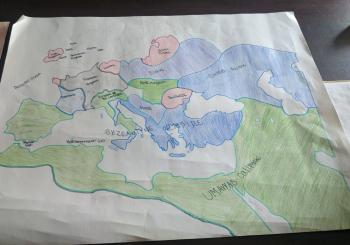 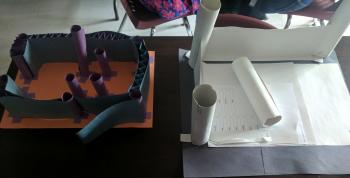 Technology Teacher of the Month Navigation